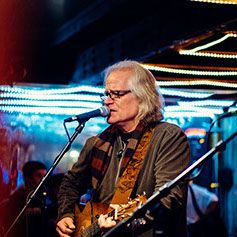 Chuck Murphy was nominated for six Independent Music Network awards in 2015 for his new single “How Many Times”, he was a happy man when two of his nominations became wins. He took home Mainstream Favorite Impact artist 2015 and  Favorite Country Crossover 2015.

Starting 2016 on fire, Chuck Murphy continues his winning ways as his debut single “How Many Times” (One West) reaches new heights. He has  nominations from New Music Weekly for Top 40 Breakthrough Artist, AC/HotAC New artist and AC/HotAC breakthrough Artist. Murphy has also been nominated for best Crossover.

Murphy takes over the number one spot on the Mainstream chart and number two on the country chart at the Independent Music Network. With his new release Falling Star it looks like Murphy is off to a great start in 2016.